Blending Indian and Chinese philosophies, Tendai Buddhism was first developed by the monk Zhiyi (538–597) on Mt. Tiantai in China, promoting a comprehensive and balanced view of the study and practice of Buddhism.

Join us for weekly meditation services (Wednesdays from 6pm), as well as annual and seasonal events, holidays, and retreats.

The “Three Jewels” of Buddhism are the Buddha, the Dharma, and the Sangha. Sangha is community. Sometimes American Buddhists do great with Buddha and Dharma, the teacher and the teachings, but sometimes need guidance in putting Sangha into practice. Contact us or stop by to learn more.

Statement on the Violent Assault on US Capitol

Tendai Buddhist Institute condemns the attempted insurrection and seditious attack on the US Capitol yesterday in Washington, DC. We are disappointed and alarmed by this vicious assault on our nation’s democratic institutions and the values to which it aspires.

As a Buddhist organization we support diversity, human and civil rights. The violence perpetrated against our nation on January 6th is an abrogation of the rights to all granted by our constitution. We condemn any and all acts of violence, any and all incitement to hate, and any and all attempts to overturn democratic processes.

Faith leaders in the United States have historically been the voice of social progress and have served to be the moral conscience of our nation. We can be no less now. It is incumbent upon all members of the meta-Buddhist sangha to stand in solidarity against unlawful attempts to overthrow the democratic process, against the obvious racism and xenophobia, and demand peace and reconciliation for and from all peoples.

Members of our sanghas are in common cause to take the necessary actions to manifest lovingkindness, compassion, and equanimity, through prayer and Right Action as we seek to heal our nations strife’s. Let our nation be once more a nation united, a nation that is a model of democracy and morality. Our  sanghas and all the members must be at the forefront of this vital task.

As is written in the Metta Sutta:

As a mother, in peril of her own life, watches and protects her only child.

Thus with a limitless spirit must one cherish all living beings.

Love the world in its entirety – above, below, and all around.

Welcome to the Tendai Buddhist Institute

Tendai Buddhist Institute is also known as “Jiunzan Tendaiji,” which is our official Japanese name, registered with Enryakuji Temple. This name was given to our temple by Rev. Shōshin Ichishima, who trained Ven. Abbot Paul Monshin Naamon and Rev. Tamami Shumon Naamon in Japan. Jiunzan Tendaiji means “Tendai Temple of Compassionate Cloud Mountain,” and meant to reflect the natural surroundings of the Berkshires. For more information, please check out our About Us page.

The abbot (jushoku) of the Tendai Buddhist Institute is Monshin Paul Naamon.  This section is devoted to his writings.  You can find an entire list here.

Our environment is manifesting in some strange ways in the middle of this pandemic. That is not to say it is a result of the plague; maybe coincident, maybe totally unrelated. For the first time since we have been in East Chatham, NY there are no migrating bats making...

END_OF_DOCUMENT_TOKEN_TO_BE_REPLACED

Let me begin this edition with a wonderful announcement. We will start meeting in-person, in the temple hondo, on June, 10, 2020. The discussion will begin at 6:00 PM in the Hondo, the kuri does not have sufficient space for social distancing, followed by the...

END_OF_DOCUMENT_TOKEN_TO_BE_REPLACED

Jushoku's Meanderings A recent Wednesday evening virtual gathering was devoted to people sharing their experience during the isolation because of the shutdown. Specifically, I wanted to hear how people are experiencing the separation, then also a sense of gratitude... 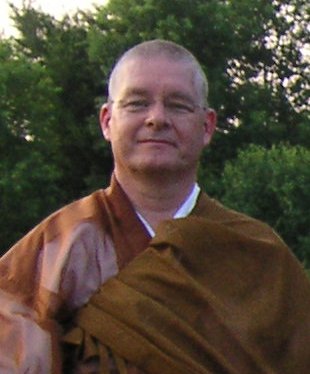 As a comprehensive and holistic Mahayana Buddhist tradition, there are many forms that an individual’s personal practice may take. Different temples and teachers may emphasize particular teachings or practice, but ultimately Tendai Buddhist practice is customizable depending on your needs and inclinations. Therefore, it is important for practice to be guided by an authentically trained teacher.